Well, pumping station – mode of operation and use

A pumping station (well) is used to either lift or drain water.

The piston pump and all mechanical parts have been preserved until today. It was renovated in 2006 to supply the botanical garden and the Brüglingerhof with irrigation water, and is accessible to the public today.

The way a pumping station works (with a historical piston pump as a water pump) can be explained using this example.

Fresh spring water is fed into the sump pit from its catchment in Walkeweg, and lifted a good 18 metres from the pit to just below the tower roof. From the reservoir basin, which has a capacity of around 2000 litres, the water flows into Merian Park and is used there for watering purposes.

Originally, only the piston pump driven by the waterwheel accomplished the water-lifting process; a mechanism that has been preserved to this day: a canal diverts water from the St. Albanteich, leads it to the waterwheel and sets it in motion.

The wheel drives the piston pump via an eccentric disc and a linkage, the pistons move up and down in the pump cylinders. During the upward movement, negative pressure is created in the cylinder, whereby the water is sucked out of the sump pit through the riser pipe into the pump cylinder; an inlet valve prevents backflow. During the downward movement, the pistons push the drawn-in water through an outlet valve into the pressure pipe, which leads into the reservoir basin under the tower roof.

The air vessel in the pressure pipe compensates for the pump shocks.

From 1902, the piston pump was supported by a steam engine as an auxiliary pump, in order to be able to fill the elevated reservoir even in winter, when the St. Albanteich had little water or was frozen over; electrification followed in 1942. 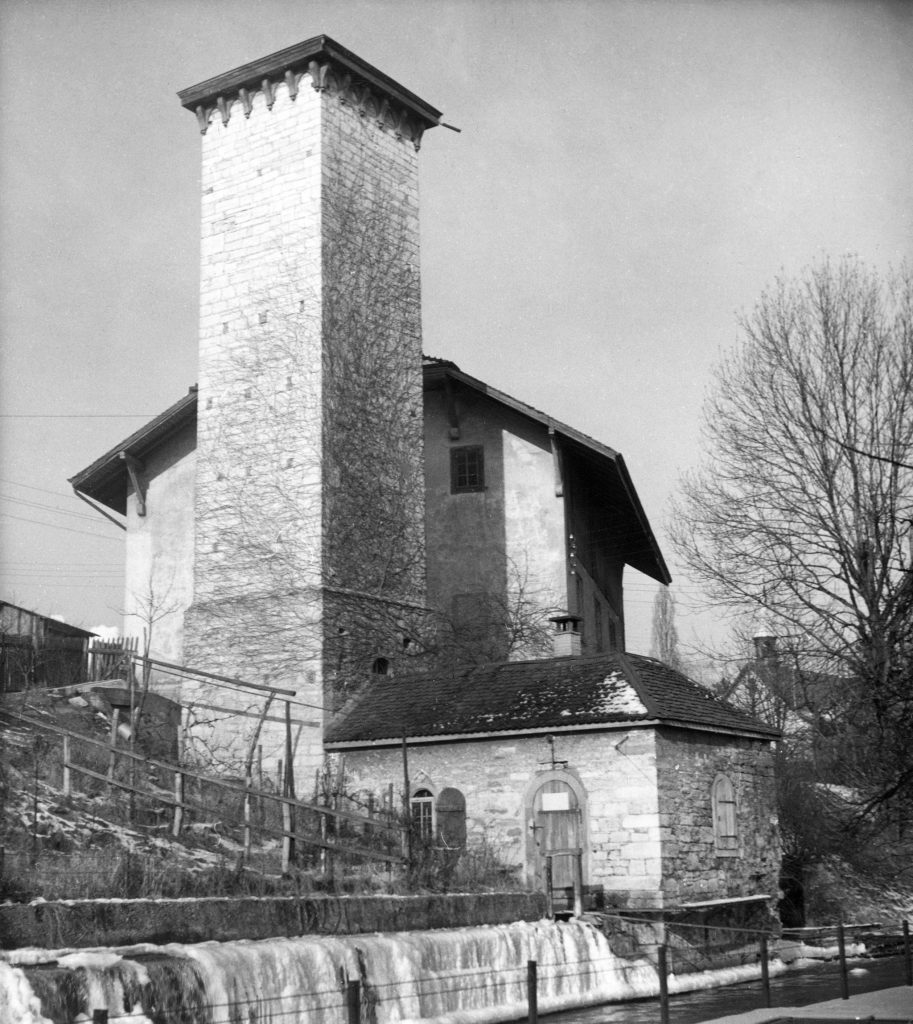