Until the 19th century, paper is mainly made from used textiles. Using wood only became possible after processes were developed to wash out the lignin, which turns paper brown and makes it brittle.

The cloth is cut into small shreds, called rags, at the cutting table. The rags are doused with water and left to rot for about a month. 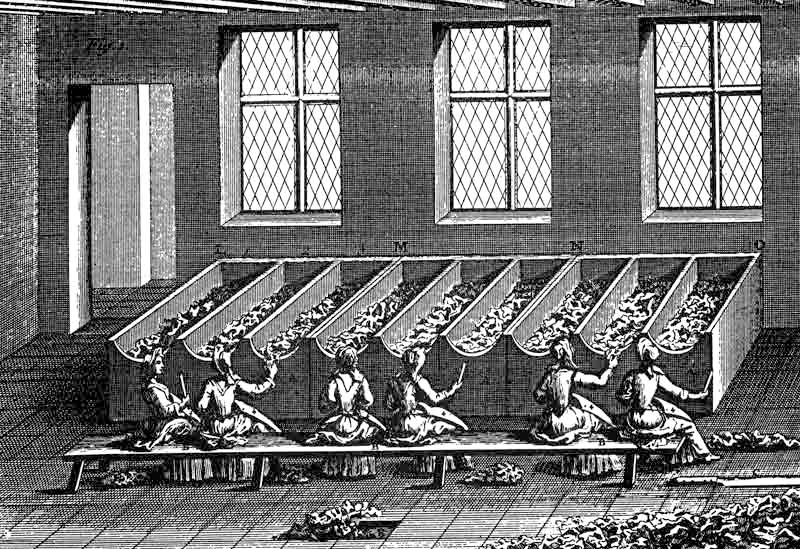 The rotten rags are put into the trough of the pounding mill with plenty of water and processed into a slurry by the pounding hammers. This fibre slurry is called pulp.

The pulp is put into a large tub. The individual sheets of paper are made using a papermaking screen. The papermaking screen consists of two parts: a mould and a deckle. The latter determines the shape of the paper. There is a metal symbol on the screen. It is slightly raised, so that less fibres collect there during the papermaking process. In the finished paper, more light shines through at this spot. This is how the watermark is created. 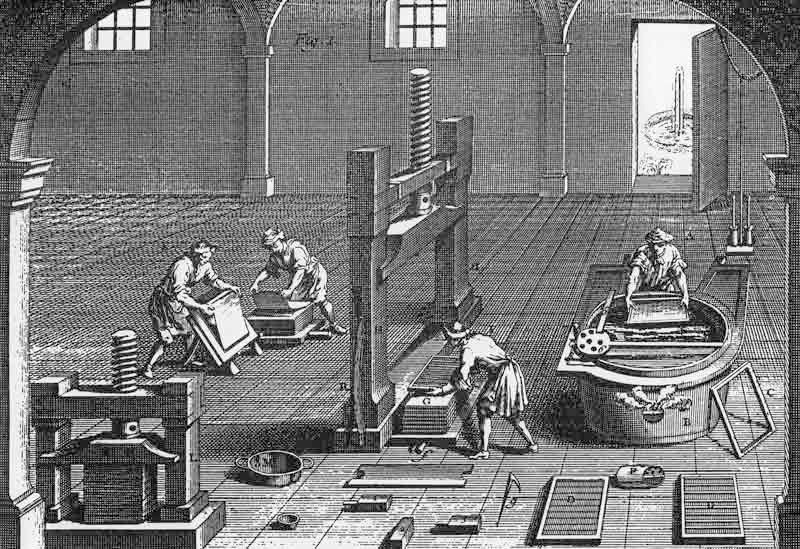 After the fibres have been sifted onto the screen, the deckle is removed and the mould with the sheet is pressed onto felt. In the process, the paper sticks to the felt. As much water as possible is pressed out under the press. Now the damp sheets can be separated from the felt. 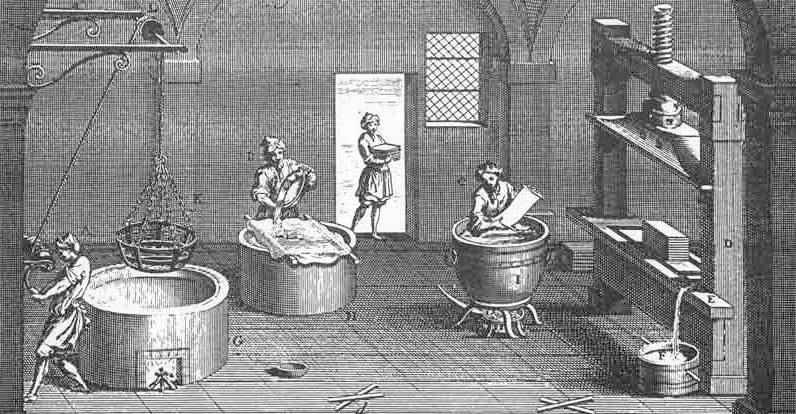 The damp sheets of paper are hung up like laundry on long lines and dried.

After drying, the paper is dipped in bone glue to make it suitable for writing.

Then the sheet is smoothed with a smoothing hammer.